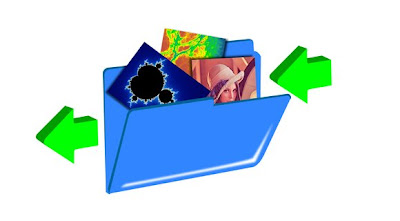 Dear all,
We would like to take 10 minutes of your time to introduce the ImageI/O-Ext 1.1.6 release.

Various improvements have been implemented in this release:

It is worh to point out a few interesting facts.
Migration to Github
We have started to migrate the source code as well as the documentation and the issues to github in order to make it simpler for developers to eventually contribute to the project. Moreover the artifacts like Java binaries as well as native libraries (at least the free and Open Source ones like GDAL) are now deployed to our own infrastructure which gives us more flexibility wth the nice side effect of having much more bandwidth available for downloads
GDAL 1.9.2
A decent effort has been devoted to moving GDAL support to GDAL 1.9.2. The main driver for this work was the ability to make use of the existing binaries from the gisinternals site which we would like to thank publicly.
Thanks to this effort, we now have binaries available for the following platforms:
If you check this link you’ll see that we have made available builds for different version of the GCC compiler for linux as well as different version for the commons versions of the Microsoft Visual Studio compiler.
As some of you may know, it is sometimes a nightmare to match the platform of choice for the deployment of native libraries and building by hand is the only solution. Well, anothers extremely nice side effect of the fact that we know try to follow GDAL more closely in terms of builds is that it’s becomes easier to manually build the Java bindings in case you really need to (beware that we don’t need to patch GDAL anymore since a few releases a ago); in that case, please, consider the option to donate your builds to us for making it available to other users.

We have also put available installers for the GDAL plugin like the ECW format. Please, make sure you respect the license for the respective formats, especially for the ECW which is reported here. We are crazy for Open Source, but we are also crazy for respecting laws!

An ImageWriter plugin implementation has been provided to support basic NITF writing capabilities (with also internal JP2K compression support, based on Kakadu). More info on this plugin are available here.

Basic ImageReader/ImageWriter plugins have been provided to support JPEG decoding/encoding through TurboJPEG, a set of high level APIs built on top of LibJPEG-Turbo. More info are available here

Artifacts for Imageio-Ext have been deployed on the GeoSolutions maven repository, as well as on the OSGEO one. You can check this page for additional information on the release.