Today, we have investigated the issue reported by several users on the GeoServer’s mailing list about being unable to get the GDAL-ImageI/O-Ext extension to work when GeoServer runs as a service on Windows.

Deploying the GDAL ImageI/O-Ext native libraries in a location referred by the PATH environment variable (like, as an instance, your JDK/bin folder) allows GeoServer to successfully recognize them when invoked via the start.bat script. However, this does not seem to work when running GeoServer as a service on Windows. As a result, during the service startup, GeoServer log reports this worrysome message:

Taking a look at the wrapper.conf configuration file available inside the GeoServer installation (at wrapper/wrapper.conf), we can find this useful entry:

To solve the issue, you have 2 possible ways:

Note that latest GDAL version (from 1.9.x series) depend on specific MSVC libraries.
Therefore, you may also need to add the following line to the wrapper/wrapper.conf:

By this way, the system will look for dynamic libraries on wrapper/lib as first place, then on %PATH% in case some dependency isn’t on wrapper/lib.

Restarting the service, you should now see the GDAL ImageI/O-Ext plugins available when you try to create a new store, as shown in the image below. Notice that we are here assuming that you have properly configured the various environment variables as suggested in this link. 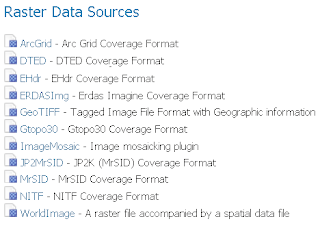