Dear All,
in this post we’d like to introduce some work that we have performed in order to provide robust support support for clustered GeoServer deployments with an emphasis on publishing new layers in real-time.

As you might know there are various approaches with GeoServer that can be used to implement a clustered deployment, based on different mixes of data directory sharing plus configuration reload. However, these techniques have intrinsic limitations therefore we decided to create a specific GeoServer Clustering Extension in order to overcome them. It is worth to point out that what we are going to describe is designed to work with GeoServer 2.1 stable series.

In the picture below our approach is shown. We propose a robust Master/Slave approach which leverages on a Message Oriented Middleware (MOM) where: 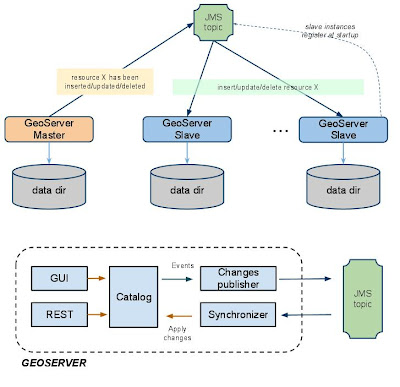 In the following we provide a few additional technical details on our solution, describing a deployment which we use for our tests (as such, it is designed to show every possible combination as opposed to be a best practice for deploy). We will refer to the following picture. 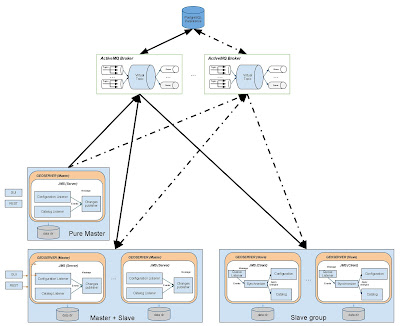 This deployment is composed by:

We are now going to illustrate, step by step, how to publish a layer from a GeoTiff file using the GeoServer User Interface of the Pure Master instance. The resulting layer will be published on all the active GeoServers. 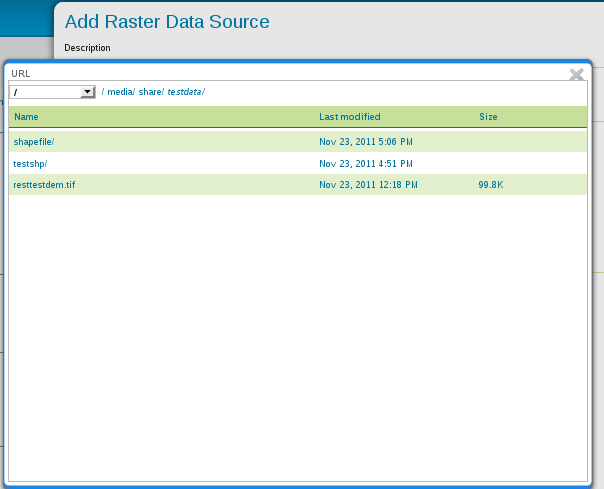 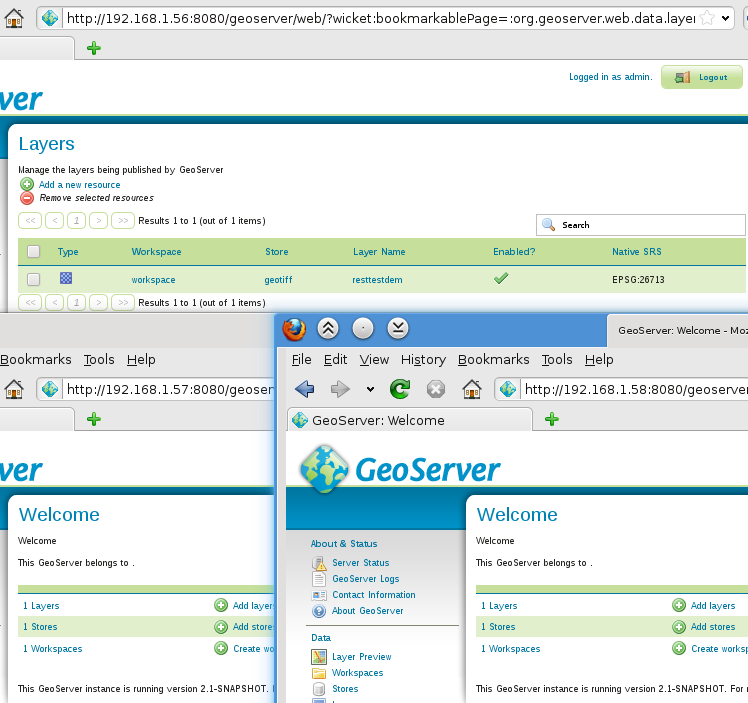 As expected using the pure Master to publish the GeoTiff file, the resulting layer will be published automatically on the salve instances with no intervention. There is one thing to notice, we are not moving data around but only their configuration (styles included) since we are assuming that all instances sees the same resources with the same absolute paths, which is common in distributed and cluestered set ups where resources are shared among multiple servers, like for example network storage.

Conclusions
If you are responsible for administering a a series of GeoServer instances and/or you are publishing lots of data in real-time then this extension is a perfect fit for your organization.