At GeoSolutions we believe that success stories about important organizations and Open Source Software should be openly shared and they can be used as a measure of OSS success in the formal enterprise environment (but you should alreay know this ;)).  In this blog post we are going to quickly introduce some work we have done for the  Fishery and Aqualture Department of the Food and Agriculture Organization (FAO) of the United Nations (UN).
The FAO Fishery and Aqualture Department, specifically the FIGIS group; is involved in many efforts geared towards the conservation of the marine ecosystem and GeoSolutions is honored to work with them on some of the mapping applications they need in order to create effective querying and visualizations of the data they manage.This blog post covers some work we have done to support information dissemination about Aquatic Species Distribution.
If you browse to this page, you’ll be able to find the entry point for the Species Knowledge System, from where you can search for species information like distribution, attitude and the like. 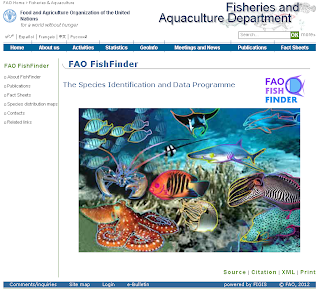 If you click on the Fact Sheets link in the right menu you’ll be brought to the page where you can search for specific species. 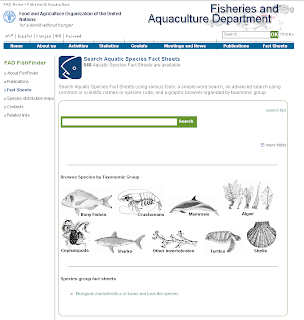 Let’s now search for swordfish, and then clicking on his name, let’s open its Fact Sheet. You’ll be presented with a lot of information, if you scroll down, you’ll see also the geographical distribution. 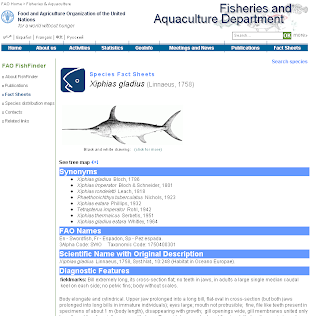 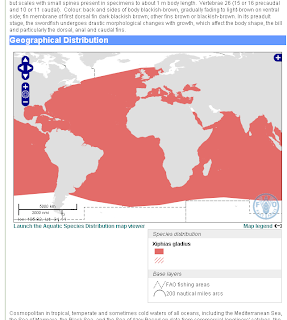 The Fact Sheets are built using a knowledge system developed inside the FIGIS group, working with them we integrated a JavaScript API that integrates with their templating system giving it the possibility to create on the fly maps (using OpenLayers) that would show species distribution data served from GeoServer, as shown above.
Using GeoServer and OpenLayers we also built a specific Aquatic Species Viewer that allow users to visualize different species distribution areas (up to 10) inside a single map, with support for embedding and different projections. 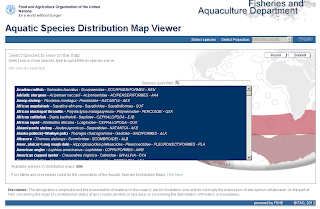 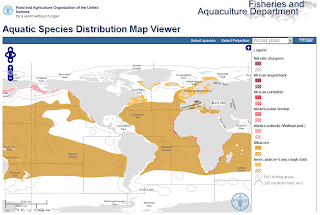 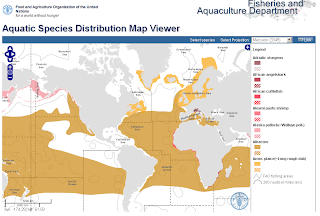 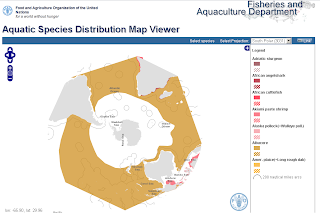 Let’s take a deeper look at the implementation.
Interacting with GeoServer’s WMS module we dynamically build the map with the species distributions (as they are served internally via Oracle tables where update are done in real time as needed). The API supports 3 different projections: WGS84 (EPSG:4326), Google Mercator (EPSG:900913) and Polar Stereographic (EPSG:3031).
We also support the possibility to generate an embed code as shown below, this is used by the Fishery department web designers to replace what previously were static images representing the resources distribution and limits. It could also be used by an external website to embed these maps into their site.More could be said about this project regarding its infrastructure, let’s summarise a few interesting points:

– background maps are served with GeoWebCache

– most of the data is stored inside the corporate instance of Oracle Spatial, demonstrating perfect integration of Open Source with COTS

Last but not least, we believe it is worth to mention that this work was performed via our GeoSolutions Enterprise Support Service. Therefore, if you’d like to know more about what we could achieve together, do not hesitate and get in touch with us!