This portfolio items is about EUMETVIEW which is used operationally at EUMETSAT for publishing in near real time a (wide) subset of  their satellite data and products through the WMS protocol as well as with a lightweight mapping portal.

The available data comes, at the time of writing, from sources like METOP and METEOSAT satellites and many different products are available as shown in the picture below. 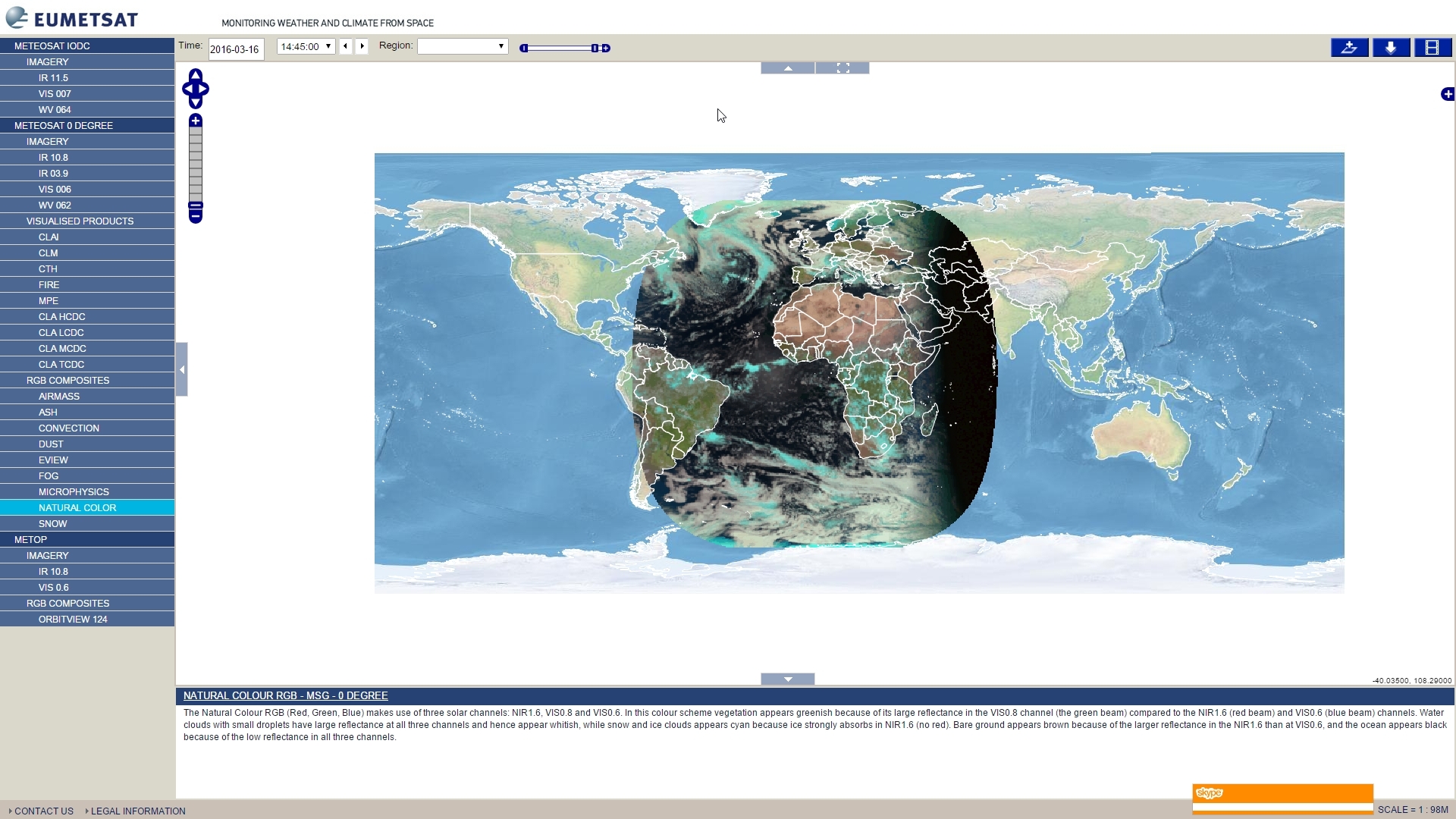 EUMETVIEW has been built as a first step to move away from the existing Image Gallery Service which was serving EUMETSAT data as static images with limited interactivity as shown here below. 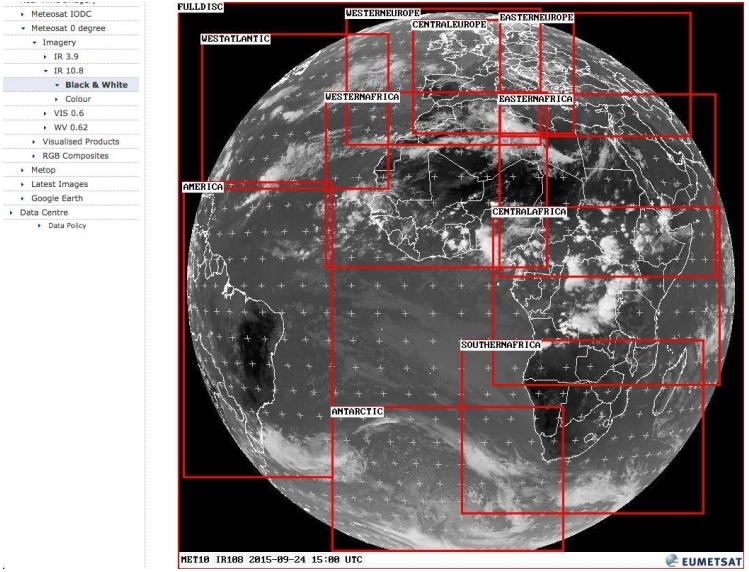 The old static interface at work

The hardware and software infrastructure that powers EUMETVIEW is based on a nice mix of well-know Open Source as well as Proprietary products. Just to mention some of them:

An overview of the overall infrastructure is depicted here below: the hardware set up enjoys an Active/Passive replicated infrastructure with the passive one ready to kick in as needed; a clean separation between the various components in the system depending on their roles has been implemented in order to account for future scalability needs. 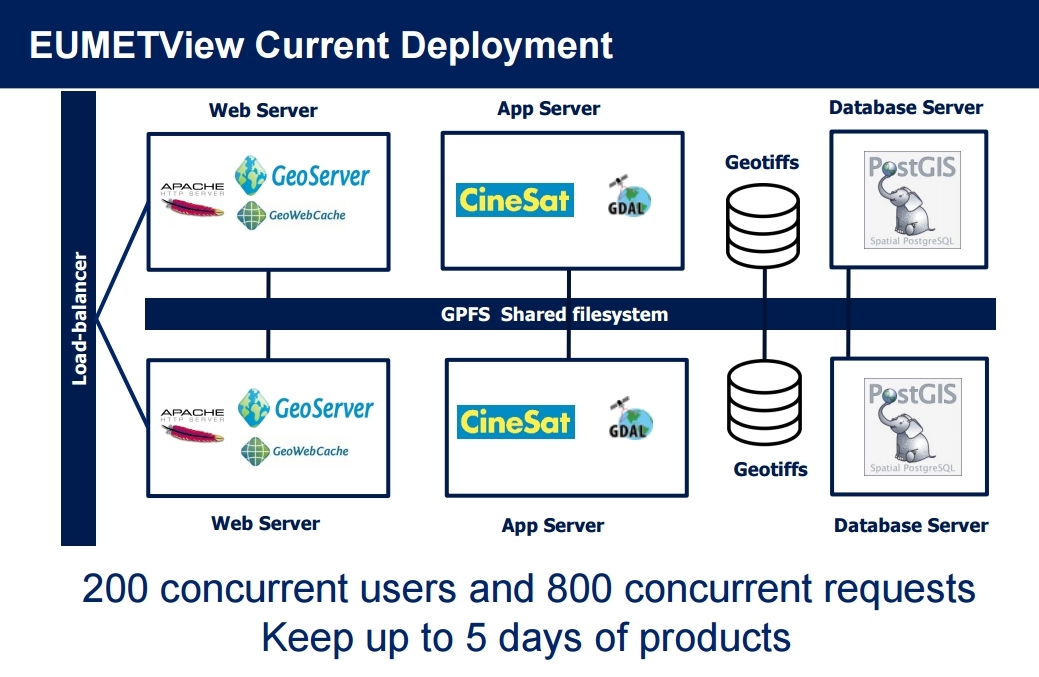 The system has been tested and tuned for a peak throughput of 200 request per second while it holds a rolling archive of data for around 7 days. Incoming data is preprocessed and then ingested through the GeoServer REST API in near real-time in order to be available online as quickly as possible since of the data is acquired with a very short turnaround; old data is automatically removed from the system when it falls out the 5 days validity time window. Extensive usage of caching via the integrated GeoWebCache is performed together together with the usage of the TIME dimension as the data is time varying (i.e. acquisition time).

If you want to know more about the system evolution as well as about its current and planned functionalities, here below you can find a few interesting source of information: