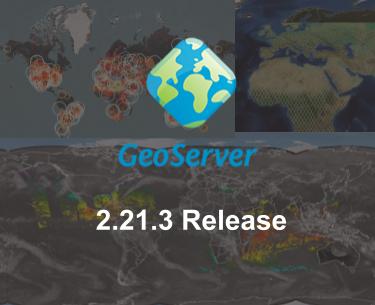 we are happy to announce the latest release of GeoServer, version 2.21.3, which is now available on the GeoServer website. This is a maintenance release of the GeoServer 2.21.x series, made in conjunction with GeoTools 27.3 and GeoWebCache 1.21.3 by Andrea Aime (GeoSolutions) and Jody Garnett (GeoCat). Special thanks go to them for making this release during the festivities.

Being a maintenance release the focus of the changes has been on stability and bug fixes, Among the changes included in this release, we’d like to point out:

Here below we are reporting some of the most interesting changes.